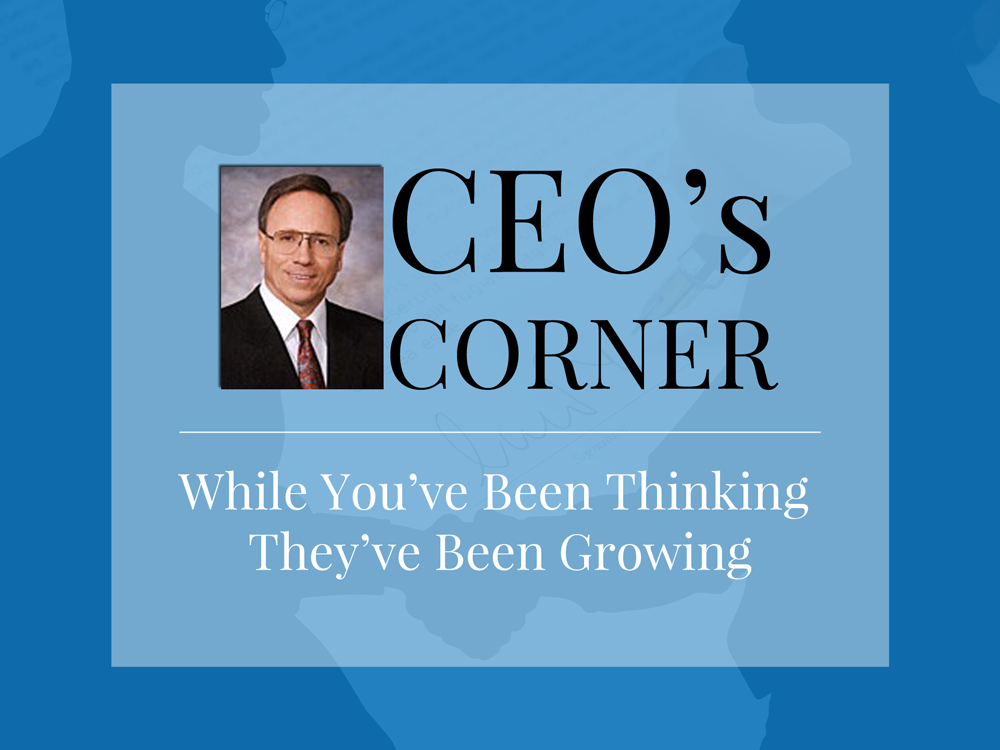 CEO’s Corner: While You’ve Been Thinking, They’ve Been Growing

We understand and appreciate the fact that accountants considering our Plan 2 Client Acquisition Programare doing a good deal of thinking.  After all, that program requires a considerable investment of time, money and emotion. Is this the right approach to grow my firm? Do I have enough cash to make it happen? Will it work? These are just a few of the many questions you’ve probably asked yourself and others. A fair amount of skepticism is good and even warranted, but you don’t want to become a “doubting Thomas” either. With Easter having just passed this story feels appropriate. Thomas was one of Christ’s 12 disciples. For those unfamiliar, Thomas did not believe that Christ had risen from the dead because he was not present when 10 of the other disciples witnessed Jesus after his resurrection. He said he would only believe when he could see for himself that Jesus had risen, hence the phrase “doubting Thomas” was born. While NCI is certainly not professing to perform any miracles when it comes to growing your practice, we do have a fair amount of recent success stories we’d like to share with you.  Many, if not all, of these accountants had the same doubts that you are having. They’ve done their share of thinking about and researching this decision, what we in the world of sales would refer to as TIO (thinking it over.) The one thing that separates them from you is they decided to act and are being rewarded for that decision. After all, no one ever got very far by staying camped at a fork in the road. So I decided to publish some of our more recent success stories to help you along the road to a decision that can have a profound impact on your practice and your future. Speaking of Doubting Thomas, I recently had one accountant who suggested that all of NCI successes are in the past. He believes that our methods are outdated and as a result ineffective in today’s accounting marketplace. Well you’d have a hard time convincing the following accountants of that. Take a look for yourself:

So there you have it results from the horse’s mouth, so to speak. Ready to join them and the thousands of others who have benefited from their relationship with NCI? Call us today at 1-888-NEW-CLIENTS (1-888-639-2543) and let’s begin the journey together.