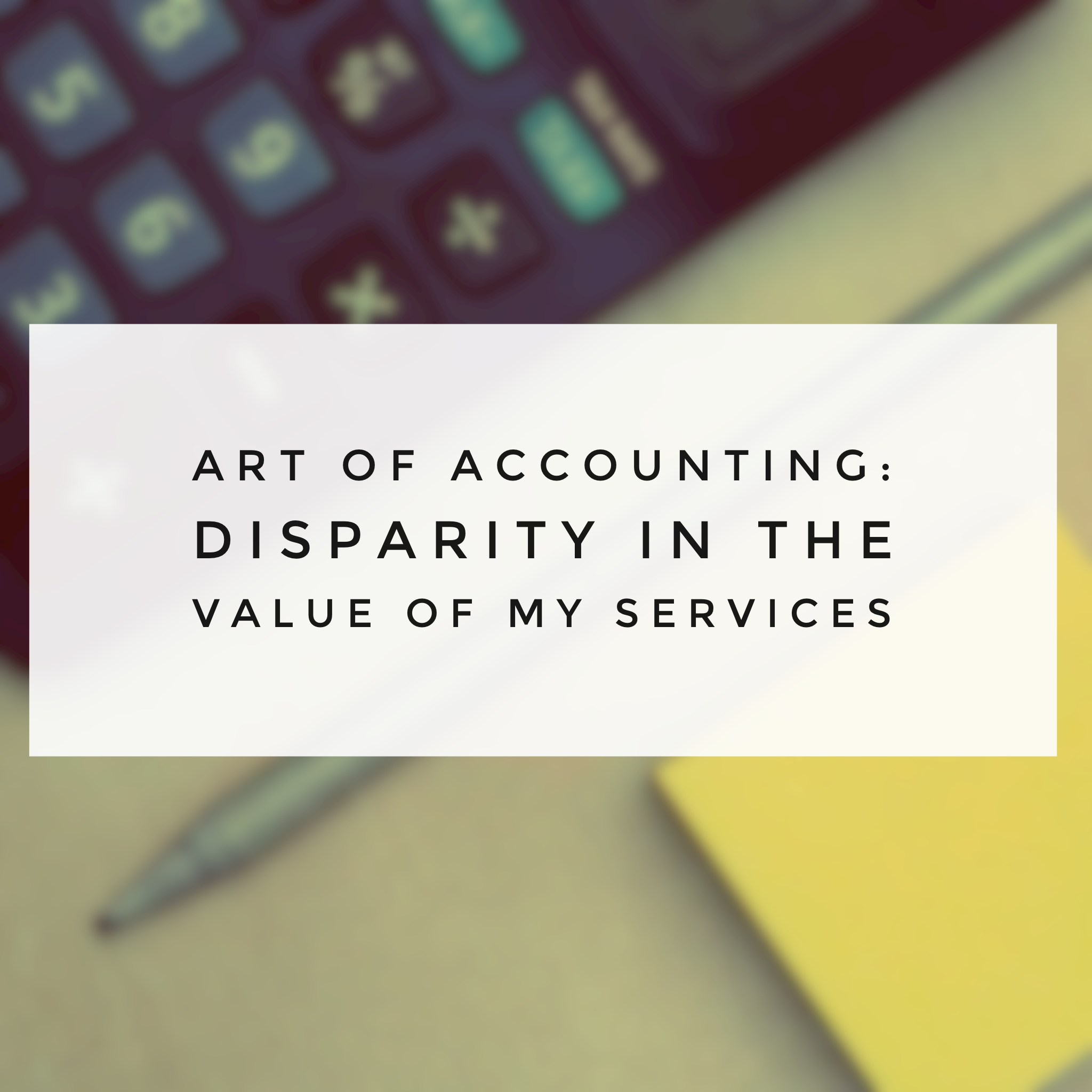 Art of Accounting: Disparity in the Value of My Services

Many times I have provided services that I believed had significant value to the client, but the client complained about the fee. His value centered on how little he would have to pay for it. This is always upsetting, but this poignantly came into focus a few weeks ago.

I had a few phone calls with a client and his attorney regarding him making a potential gift of over $5 million to his children and grandchildren. The attorney recommended it, and the client wanted to get my input. He then asked me to attend a conference call with the attorney, after which the client decided to take my advice and not make the gift. When I sent the bill for two hours, the client thought I spent less time and should have billed a lower amount. I ended up sending a listing of my time, in tenths of an hour, and some preparation time between the phone calls was included. When the client reviewed the time, he suggested that some of the time was “personal” conversation and should not have been included in the billing.

My thoughts were that there was considerable value. We were talking about a $5 million transaction and the client’s thoughts were that I “cheated” him by charging inappropriately. Before I go further, this is a client that we have had for over a decade. While I brought him into the firm, I did not work directly on it but served as a sounding board and occasional consultant and basically supported the relationship. I always billed my services on a time basis. Also, at this stage of the game, I felt it was demeaning to have to account for my time, and in effect “punch a time clock.” I also felt the value of what I did was substantial, far dwarfing the billed amount. The client viewed me as a vendor that he tried to chisel into a lower price.

This incident extremely upset me. Not as much for the client’s actions, but for the way I treated my pricing. At this point in my life when I consult with a client, for any matter, it is usually for a high impact or extremely important issue. I no longer get any softballs. Yet, I handle the billing on longer-term clients the way I always did, particularly with the compliance-oriented services I used to oversee. I have grown up. Business and billing models have changed. I consult with many professional firms on how to recognize the value of their services—yet I neglected this with this client and in some respects with some others where I have long-term relationships.

How I should have handled this was to have the client define the level of the services and what my involvement would be; the importance of this matter to the client; and the value to him of my counsel, advice and guidance. Then we could have set a fee for a preliminary series of phone calls, with the understanding that a project fee would be determined with the client if there was going to be further work. Thinking back, I recognize it would have been a little awkward to discuss this with the client before I did anything. But it would have been less awkward than it ended up, and less demeaning, with much less consternation on the part of the client, and much less annoyance on my part with the client and myself.

A final comment: Clients do not buy hours. They buy solutions to their problems where we successfully apply our knowledge and experience to solve their problems and deal with their concerns. If we choose to sell time, then our clients’ reactions to that should not be criticized. It is up to us to change the pricing model to reflect value (the output) rather than hours (the input). The disparity was caused by me.

Edward Mendlowitz, CPA, is partner at WithumSmith+Brown, PC, CPAs. He is on the Accounting Today Top 100 Influential People List. He is the author of 24 books, including “How to Review Tax Returns,” co-written with Andrew D. Mendlowitz, published by www.CPATrendlines.com and “Managing Your Tax Season, Third Edition,” published by the AICPA. Ed also writes a twice-a-week blog addressing issues that clients have at www.partners-network.com. Art of Accounting is a continuing series where Ed shares autobiographical experiences with tips that he hopes can be adopted by his colleagues. Ed welcomes practice management questions and can be reached at (732) 964-9329or emendlowitz@withum.com.

This article was originally published on Accounting Today, republished with permission.