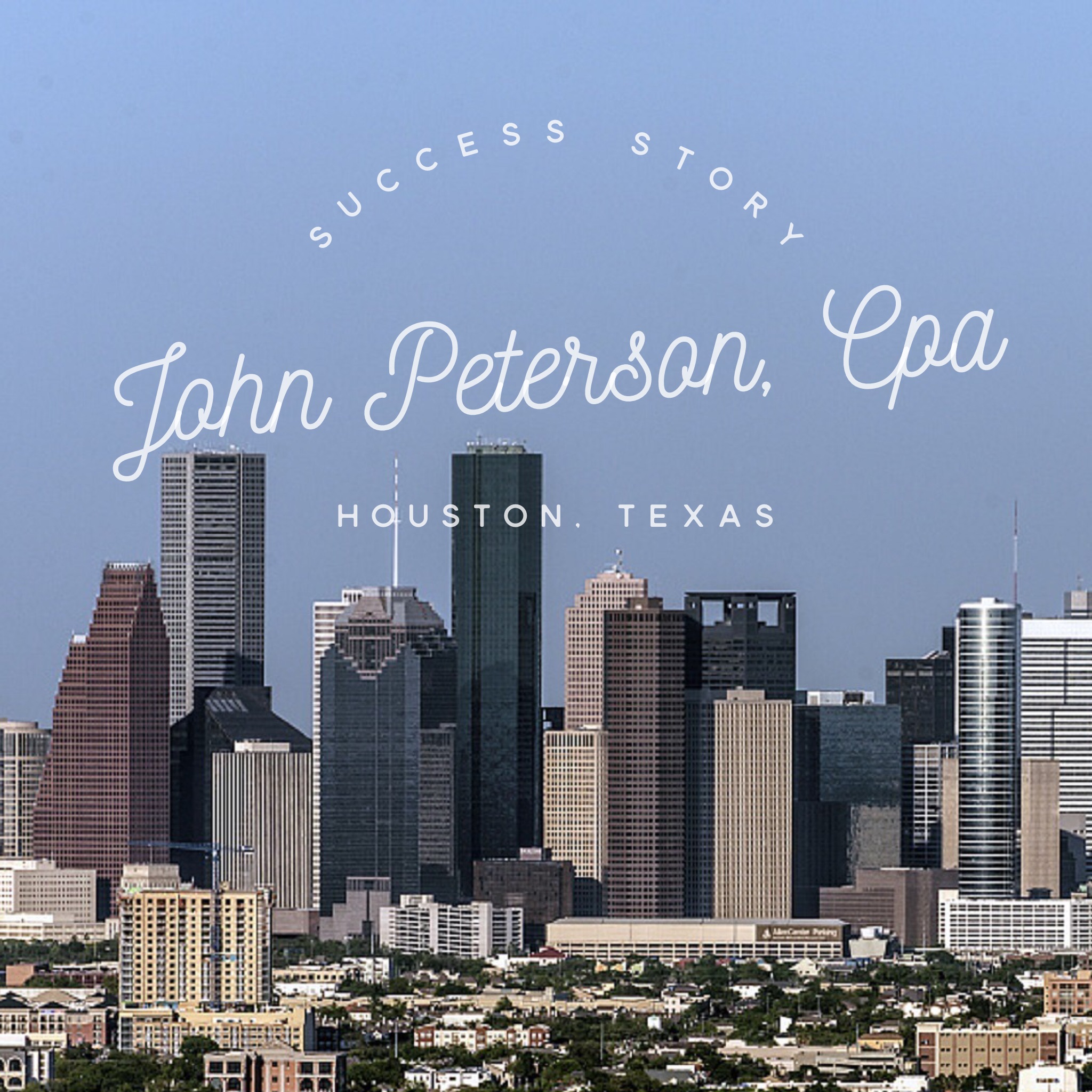 This month I had the pleasure of interviewing a Plan II client that goes way back to around 1988, John Peterson, CPA.  John has done the NCI Plan II program on three separate occasions, which in and of itself is a testament to his belief in our marketing program.  John is located in Houston, TX, and has now shifted his practice towards the medical profession after initially building it up with the small and medium-sized business clients our program typically targets.

How long had you been in business and how much in billings did you have when you decided to implement the NCI program?

I’d been in business maybe two years when I decided to implement the program. The billings I had at the time were very small, maybe $10,000 or so.

What year was that?

It was around 1988 that we started the NCI Plan II program for the first time.

What were some deciding factors in your choice to undertake the NCI program at that time?

The deciding factor was the fact that you guaranteed certain billings within twelve months.  I felt you had a pretty good plan put together as well.

And obviously you were looking to grow.

I needed to grow the business; I’d only been in the business for a year or so. I wanted to grow it and made a commitment to do that.

This does go back a long way, so whatever you can recall is fine. What were you doing before you started your business?

Well I was an employee of a chemical branding company and had a small equity position and had been there for about four years. I sold my interest in that and was looking to get back in the CPA business.

Was there anything in particular that made you go out and start your own business?

Well I’ve always wanted to be in business for myself and I was a CPA with an MBA degree so I thought, well, let’s go for it.

Approximately how much growth have you added since you implemented the NCI program?

The firm is significantly larger than it was back then.  We started with $10,000 in billings and right now we’re at well over a million dollars a year.

I know much of that growth is attributed to other factors because your practice has shifted focus to the Medical Industry.  Can you put a very rough number on the growth that you can attribute to the NCI programs that you did?

And you did the program multiple times, correct?

You put a ballpark estimate, you said, of around $200,000. Over what timeframe was that added?

How many times did you undertake the program altogether?

We did the Plan II program three times.

Going back again to when you actually decided to do this program, what was your biggest concern before you decided to move forward?

The biggest concern for me was, “Am I being foolish in doing this? Are these guys for real?” That was the biggest concern. What’s funny is, for some reason I wasn’t that worried about whether it was going to work or not, that never really entered my mind. I invested the money.  The way the contract was written was just very good. I was confident that if the program worked as advertised I would get a sizeable return on my initial investment.

What has been your biggest challenge in running the program over all those years?

The most difficult thing was processing the work that the program generated.

That’s a pretty common response.  When you’re not used to dealing with that type of growth and all these new clients are coming in, you can get overwhelmed pretty easily.

Right, I’ve heard that sentiment from a lot of clients who were in corporate and are looking to start a practice as well.

Going from the theoretical world down to the practical world, the world where you’re dealing with millions of dollars down to the world of $75 invoices. It’s kind of an emotional battle for you, too. Here you have spent all your life developing your career upwards and upwards. Then all of a sudden, in a sense, you’re taking a step backwards in terms of the accounting work you do. Getting through that was an emotional hurdle.

It is for many people, when you’re used to working in a larger scale and then you go to a smaller one; it’s definitely a big adjustment. There are a lot of benefits to it, once you come to terms with the fact that you’re going to be doing that. What advice would you give to somebody who was considering doing a program like the one you did with NCI?

Well the best advice I would give, number one, is that you’re going to be dealing with quality people at NCI who will back their guarantee. They tell you what they’re going to do, and then they do what they say they’re going to do. Number two, you’ve got to roll up your sleeves and get back involved in preparing 941′s, preparing books for small entities etc. Realize that these are not large entities but smaller businesspeople. They’re not big companies, and you’ve got to deal with their kinds of issues, cash flow and so forth. And number three, once you get people on board, after about three months it becomes rather routine and becomes a cookie-cutter operation in a sense that you can hand the work off to a staff member.

Exactly.  Delegation is big in this business. Bookkeepers can handle 95% of the write-up work, and they might as well handle it once you’re in a position where you can bring on the help.

Right, but at the beginning you may not have a bookkeeper; you might be doing it yourself. There’s that learning curve. You need to also understand that once you get to a certain level, you have to hire somebody as a bookkeeper and not worry about the fact that you’re going to be spending $35,000-$40,000 paying the bookkeeper that year. Yes, that’s money that’s not going to be in your pocket but you have to keep on keeping on because the only way to increase the dollars that go into your pocket is to continue growing the business through the program.

Absolutely right, you can only do so much as one person.  To grow beyond a certain point you have to delegate.  Were you surprised with the growth that came about because of this program?

Yes, I was pleasantly surprised. I was surprised that it worked so well.

My last question for you, John, is if you could sum up your feelings on NCI, our program, the people that you worked with here, Bruce Clark the CEO, and our support – what is your overall feeling on these?

Bruce Clark is a man of high integrity and he does what he says he’s going to do. NCI performed all the quality services they said they were going to on a timely basis. They followed up religiously with us and kept us in the game. They were the reason why this whole program was successful, not because of me.

Thank you very much for the kind words.

Well it’s true, or I wouldn’t say it. What’s happened to us in more recent years is we’re blasting into this niche market, the health arena. That was an outgrowth of the NCI program, one client led to another client who led to the health industry, and all of a sudden that just took off like crazy.

That’s fantastic.  I really appreciate your time today and wish you continued success.