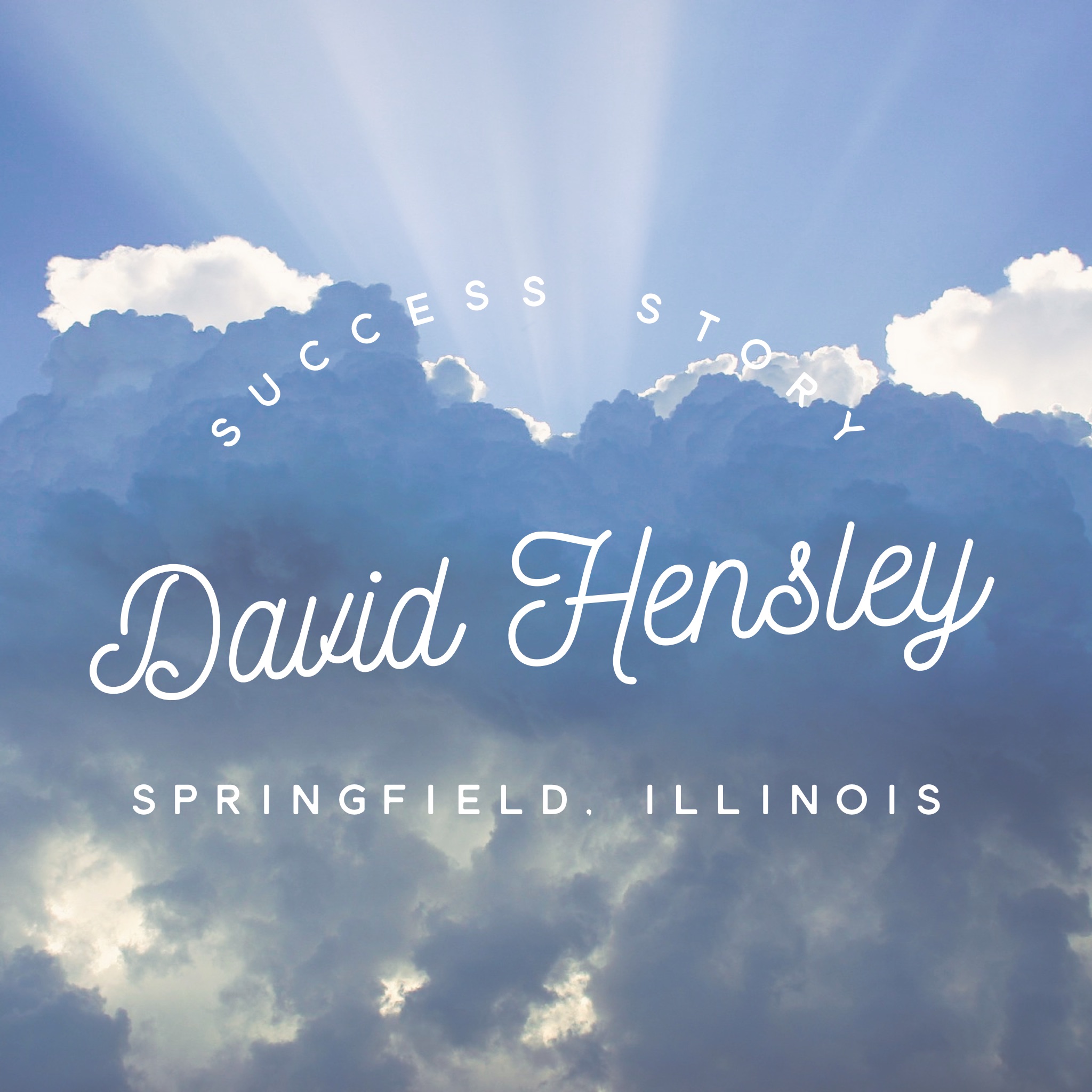 I had the pleasure of recently conducting an interview with another success story of ours. For this feature, as you can tell by the title, we wanted to focus on someone from a smaller market who is doing very well utilizing our program. The man who I refer to is David Hensley and his firm is located in Springfield, IL.“When I went into it, we started with zero. This was April of ’05. Right now, we’re going to end this year, 2007 at $225,000. And I know that other markets do better, they’re bigger. We found an issue with Springfield, it’s a capital city and it has a decent population but it doesn’t have the business base because it’s a government primary.” Despite what some would see as a set back, David has managed to succeed in a short time frame.

Let’s rewind for a moment and see how David came to be where he is now with his practice. I’ll let him tell his story. “[I] Graduated from Northern Illinois University, in educations (laughs.) When I graduated I played in the jazz band at Northern and [after graduation] I was actually on the road for three years in a rock band… I got tired of that and decided to go back to school, I had found that I was very interested in accounting. Went back to school, got my second degree in accounting and then worked for a couple firms getting experience and then went and sat for the CPA exam. Once I got the CPA designation I had attempted to start my own practice but I found I had a weakness that probably most people find getting into a field, you know how to be an accountant but you don’t know how to sell yourself. So I had a whopping two or three clients and I was offered a job by one of my clients and it looked real good at that point. So I went to work for this company and of all things it was a residential alarm company.” After working and gaining more experience David was ready to really go after “[his] dream” of running his own accounting practice, but he knew he needed help with marketing.

“I had just started my company but I hadn’t done anything with it and I got a flyer in the mail from of all places, NCI. It was unbelievable because I had already started thinking, I’ve got to resolve this problem, how am I going to market this? I still didn’t know how to do that. I knew a lot more about accounting by then, I knew how to get lines of credit, but not the marketing. [So] when I got that flyer I couldn’t believe it, and I called and I started to do all the due diligence. I must have called like 30 of your references.” David then made up his mind to do our Plan 2 Client Acquisition Program. He told me his concerns before starting, would it work (and speaking to our references convinced him of this) and secondly, can I handle the growth this will generate? So he spoke with Duane Gravley (for those who don’t know, this is the gentleman who conducts our Advanced Processing Seminar and he also built a 1.4 million dollar practice using our plan 2 program) to make sure he was ready and that was all it took.

I then asked David what his future plans and goals for his relatively new practice are. He responded, “One of the goals is to buy a practice. But you said something that is absolutely critical. People would be so smart to go the direction of starting their practice first and building one before they ever think about acquiring one because… you absolutely have to have everything in place. Now when we open up our next office, everything is in place, it’s ready to go. I want to continue to grow but I want to have controlled growth.” We then talked about what advice he would have for someone out there considering these programs. “I would say number one, out of the programs, always take the plan 2 [program.] And make sure that they understand the NCI program as well as anyone that’s coming to work for them. I would recommend to everyone, if they don’t have a strong background in marketing and promotion they need a program like this. That’s the one area accountants are awful at for the most part. They just don’t know how to promote themselves, they don’t know how to sell, they don’t know how to get the doors open and recognize NCI for exactly that aspect of it. I always tell people, NCI will open the door for you, but their not going to hold it open. I tell everyone you’re not going to have any problem getting clients; you can stop worrying about that. The biggest fear that all the individuals who call me for a referral, their concern is, does it work? I’m telling you, you don’t have a problem getting accounts or clients. Your biggest problem will be maintaining the accounts and the growth that comes [as a result of the program.]” With proper processing in place (something NCI can prepare you for in several different ways) this becomes a non-issue.

The final portion of the interview dealt with the changes that have come about in David’s life thanks to his effectively utilizing NCI’s marketing program and building a successful business. Once again, I will let David’s words do the talking. “[My quality of life has improved] a thousand percent. Number one, getting rid of the pressure of a job that was the pressure from hell, to a position I just love. Whenever it’s slow I just stay home, I don’t have to call, I don’t have to get approved (laughs) it’s wonderful and it can be to whatever level you want it to be. Probably the most concise way I can say this, I would not be where I am now without NCI.”

Remember, David has been able to do very well in what is considered a weaker market. So if you have concerns about your market size in conjunction with running this program you should reconsider. Thank you for the interview David and I look forward to hearing of your continued success and growth.