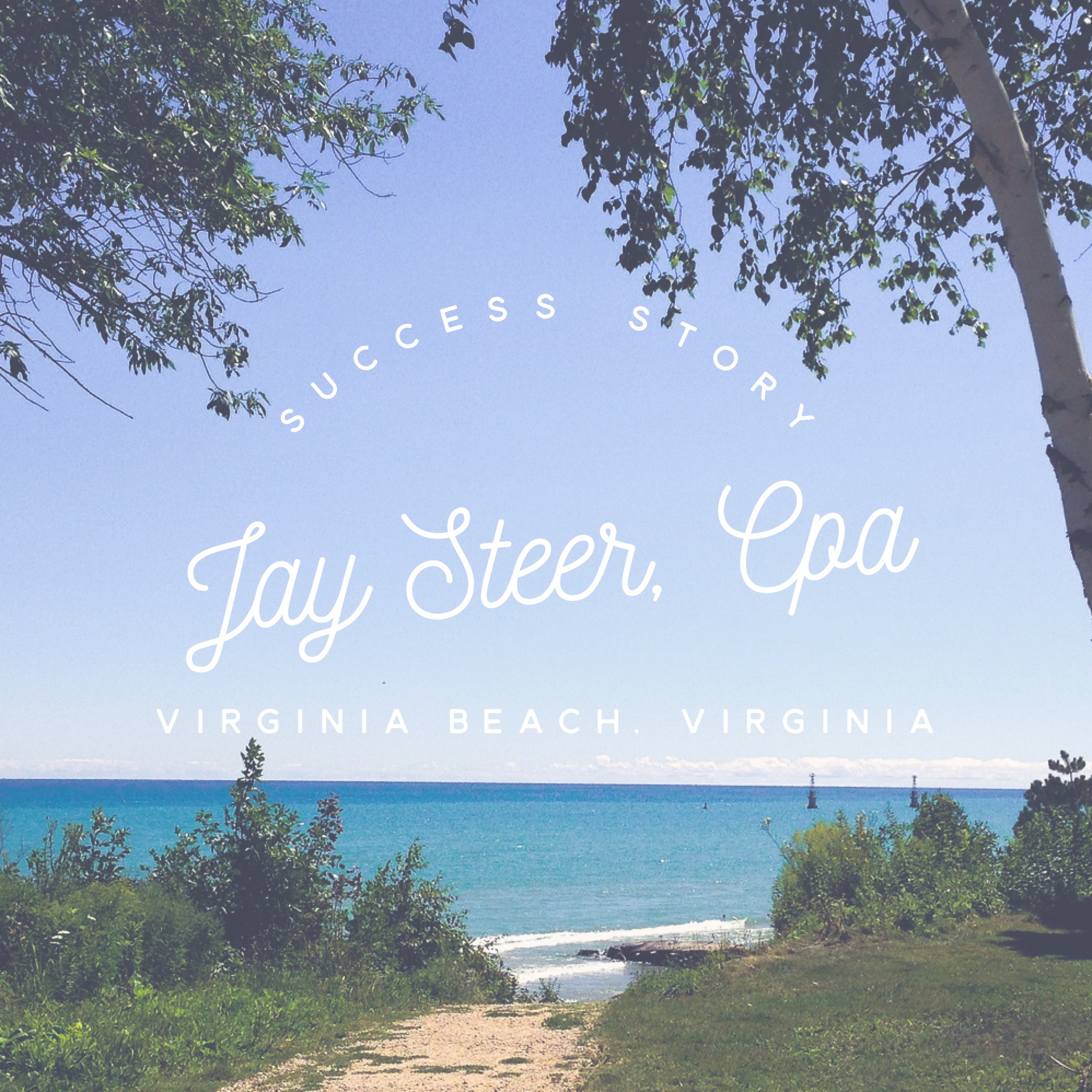 Outsourcing and Loving it

I recently had the privilege to sit down and interview a long standing client and reference for NCI, one Mr. Jay Steer, CPA. Jay’s practice is located in Virginia Beach, VA. He attended the marketing seminar and shortly thereafter undertook the Plan 2 Client Acquisition Program (CAP.) This was all the way back in July of 1991! He was a start up back then and has since built an impressive $800,000 accounting firm. He has also had the same salesperson who was hired and trained by us for that entire span of time. Now that Jay is comfortable in terms of billings, he decided to address the issue of processing all of that work. After a string of heinous bookkeepers he decided to try something different so he contacted NCI about our new outsourcing programs and has since started working with GKM Global through NCI to outsource some of his bookkeeping work to India. The start of the interview focuses on this and then we talk a little bit about the marketing program that helped him build his sizeable practice.

Chris: Tell me about your background.

Jay: I went to college at the University of Virginia. I graduated in 1972. Then I served three years in the U.S. Navy, stationed here in Norfolk, VA. After that I obtained an MBA degree from the University of Chicago in 1979. Then I worked in Florida as a financial accountant, I began my own practice in 1989 and so I’ve been in practice here for 19 years. I started with NCI I believe in 1990 with plan I and shortly thereafter we upgraded to Plan 2 and had NCI hire us a marketing representative and the same marketing representative has been with me since then, 17 years. He’s done magnificently. So we’ve had a really good practice going, started out with nothing and built up and became more selective a little bit and kept marketing and for the last about five or seven years, [our salesrep] has been working strictly on referrals. He’s been trying to be more selective, to get better prices and he has, he’s upgraded quite a bit. Most of our clients are on QuickBooks, he sees those monthly and does QuickBooks consulting, he’s developed his own niche there. So right now we have approximately 300 monthly accounting clients and I do maybe 600 tax returns, 600 1040′s and 400 corporation returns.

Chris: And what are your gross billings?

Chris: How has outsourcing through GKM lightened your work load?

Jay: Quite a bit, it’s not like something where you just click in there and everything is taken care of. It required me to reorganize the way we do our processing here such that it would fit in with their part in it. In other words, you have to think it through. How they are going to access the files, and what to do about payroll, just a lot of issues that I didn’t really even look at ahead of time because I just jumped in, I’d had it up to here with bookkeepers. We had just gone through one and it was a disaster and we’re still recovering from this last one. [The outsourcing] has definitely solved that problem. We have one person over there, one fulltime equivalent, 40 hours a week. We scan in the bank statements and a little spreadsheet we do with cash receipts and they post it to our software which is QuickBooks. They do a good job, every time they do an account they always put a list of any questions that they might have. So when they’re finished they let us know and we download their list of questions, sometimes there are no questions, sometimes there are. Then we’re able to fix them here and we make note of it and send back our response to their observations.

Chris: Would you say the outsourcing has helped to reduce overhead costs?

Jay: Yes. It’s about half the cost or a little bit less, of what a regular bookkeeper would be.

Chris: Can you compare the process of hiring a bookkeeper to using GKM?

Jay: Yes, GKM is well supervised. I’ve talked to the owner of the company and he’s actually visited our office. Their people are chartered accountants that are working on my clients. They’re like a CPA, the Indian version of a CPA which is even harder [to become] then an American CPA. So they’re qualified people and I feel comfortable that they know what they’re doing, yes I do. And compare that to us, I hire someone here and I don’t know who I’m getting until their in the job for a couple months and my gosh, what disasters. What someone puts on their resume may or may not be the truth. I’d gone through a period of two or three bad ones in a row and it can crush a business. I saw Bruce’s email [on GKM and outsourcing] and I said, yup that’s what I want to do.

Chris: How would you gauge GKM’s responsiveness to you questions thus far?

Jay: Well there is a little bit of a communications problem, first of all you have the time difference. Their language is English but sometimes they’re hard to understand. Just listening closely we can understand them. Usually by email is good, I wish we were able to do instant messaging with them but they don’t allow IM to go into their computer center there. [EDITOR’S NOTE: This is for security reasons] So we communicate by email mostly. Viji [Sudhakar President of GKM] came over here last month, I met her. Previously I had talked to her on the telephone and she was very helpful. I feel like if something comes up that we can’t resolve we can always go to [her.]

Chris: How has the quality of the work been and how does it compare to employees you’ve had in the past?

Jay: The quality is good, I feel like they’re not going to do anything without letting us know on their observation sheet. So in other words if they are making an assumption, they write it down. It’s good to know that. The other thing is that they don’t need management. They don’t need someone to answer their questions here. If they have a question they write it down or they try to solve it and make an assumption there. I guess they ask their manager the question so it saves us time in that area.

Chris: Any concerns before deciding to use the service?

Jay: Yes, it’s required to disclose to my clients that their work is being outsourced. Which I do in the engagement letter and none have had a problem with it. It’s not as aggressive a disclosure as the one that I’ve seen for the tax return work. It’s just to let people know the work is being outsourced and they don’t have a problem with that… They [the GKM chartered accountants] don’t communicate directly with our clients. So the clients don’t feel like there’s a language problem.

Chris: Can you sum up your feelings on GKM and outsourcing?

Jay: I know that I’ve gotten more control. Before there were big stacks of [work] that I didn’t know whether it was being handled or not handled. Now we’ve been able to just sort of grab hold of it and I can track progress on it. I feel more comfortable that the work is being handled; I don’t see big stacks of it sitting in back of the bookkeeper’s office. The scanning [of the documents] is eye opening, I like scanning and I want to do more of it as we progress more to a paperless office.

Marketing Questions:
Chris: What brought you to NCI in the first place?

Jay: Well I knew that I was not any good at marketing. I’ve known that from past jobs where I tried it and it was like a round peg in a square hole. So I knew that was not an area I wanted to concentrate on and the whole NCI concept seemed like it could help me in that area.

Chris: What were your biggest concerns before signing on for the NCI program?

Jay: My biggest concern was [long pause] whether it would be profitable, which it turned very profitable, very quickly so that was a very good sign after starting the program. Basically I didn’t know any better, I didn’t have ideas on how to get business and so I just looked into what Bruce [Clark, founder and CEO of NCI] had to say.

Chris: What was the biggest challenge you encountered running the program?

Chris: What are your future goals and plans for the practice?

Jay: We’ve taken a couple of hits with the downturn in the economy because a lot of our clients ended up in the construction area, I don’t know, it just sort of happened that way, construction. And they’ve taken a hit so we’ve seen quite a few bankruptcies. We’re just going to refocus, that’s why I’m going down to Philadelphia this month [for refresher training at the NCI Practice Development Seminar.] We’ve added another marketing rep, a second marketing rep to specifically work on start ups and we’re going to take what’s out there of the new client, new start ups in whatever industry they happen to be in. Just to reload kind of. So I’ve hired one marketing rep and two telemarketers and one extra person to handle the workload. So we’ve gone from seven employees to eleven in a downturn, figure that one out [laughs].

Chris: I figure you’ve got the right idea, instead of watching your clients drop off and twiddling your thumbs you’re doing something about it! What advice would you give to someone who is considering the NCI program?

Jay: Just work the program. [Don’t] reinvent the wheel. In other words [NCI] has done the work, figured it out. Why not just use what you’re told rather then try to come up with something different.

Chris: Can you sum up your overall feelings about NCI and our marketing programs?

Jay: Well I’ve got quite a bit to be grateful for, I didn’t have a practice starting out and I’ve been able to achieve this level of billing and profitability that is beyond what I ever thought I could do. It’s just unbelievable. I could retire if I wanted to but I’m having a lot of fun doing this. I’m very happy with the program and the tools that NCI had put together and I’m looking forward to going at it again.

Chris: Jay I want to thank you for taking time from your busy schedule to do this interview with me. I’m sure it’s been very enlightening for the many people out there considering outsourcing as a way to cut cost during this rough economy. Not to mention saying goodbye to the hassle and headaches of hiring and training one bookkeeper after another. If anyone reading has more questions on GKM or our marketing programs feel free to call in (800) 338-0778 to have them answered by our staff or contact Viji Sudhaker at 1-877-456-1065.