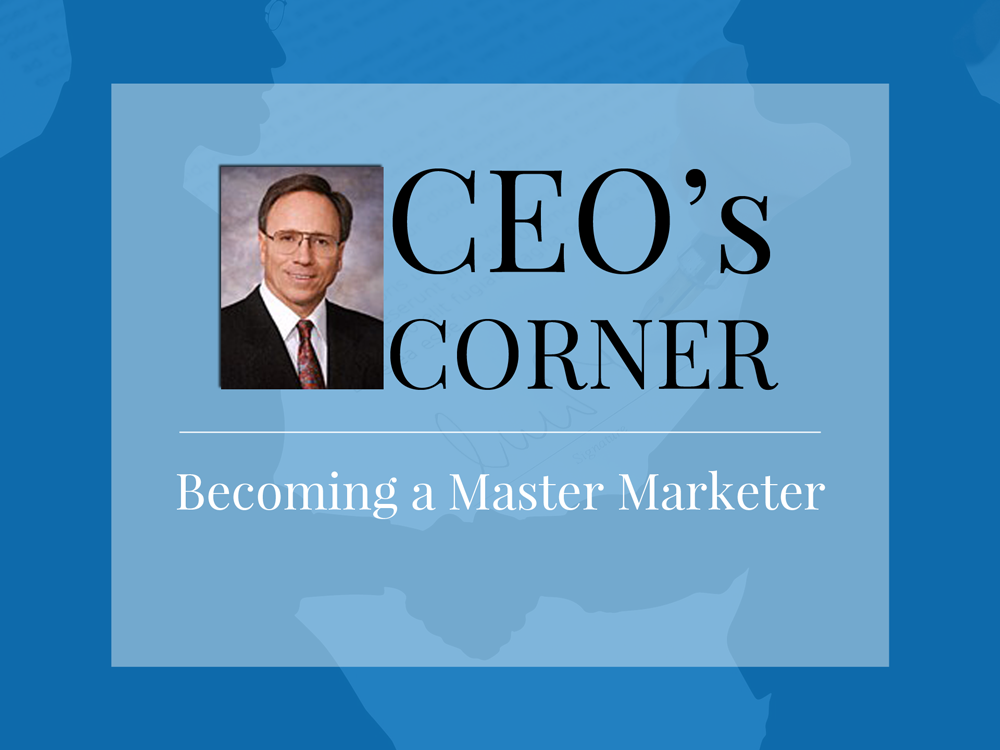 In last month’s issue of NCN I wrote about becoming a black belt marketer. This month we’ll look at going even further to becoming a Master marketer. Once again I’ll use my martial arts background and experience in becoming a Master to guide my thinking. Once you reach black belt, in order to advance up to Master you must keep training and testing. For each degree of black belt you reach you must train that number of years before you can take the next test. For example after receiving your black belt you must then train for two years to be able to test for your 2nd degree black belt. From 2nd degree to 3rd degree it takes three more years and so on. It takes at least 12 years of training to be able to test for 4th degree black belt and when you pass that test you are considered a Master. The core concept I’m getting at here is commitment.
It takes a tremendous level of commitment, sacrifice and desire to pursue a goal for that long. When I took my test in 2001 for 4th degree black belt I’ll never forget the way the test began. Grandmaster Yi, after a perfunctory opening statement congratulating us on getting this far, issued the following command, “We’ll begin the test with 500 jumping jacks.” I thought I must have heard him wrong, 500 jumping jacks as a warm-up? I had never done 500 jumping jacks at one time in all my years of training. By 200 my calves felt like they were on fire, by 400 I could no longer feel my calves but when I reached 500 it was amazing to know I just did something I never would have thought possible. That was just the beginning, we still had two hours of intense testing to go. The lesson I learned is that you don’t know what you can do until you put your mind to it and have trained very hard to achieve it.

The rest of the test that day revolved around demonstrating the skill and precision I had attained and worked to improve over the previous 12 years. This included executing multiple forms that consisted of up to 60 separate movements in a prearranged sequence, sparring two black belts half my age simultaneously and basically showcasing all that I had learned and mastered during my karate training. You can watch a video clip of some of that test and my first black belt test here.

So how does this apply to growing your accounting firm? The same qualities it took for me to achieve all of the above apply to building and growing a business: commitment, persistence, adapting, learning, growing and the struggle to excel at something so challenging. Pushing through the pain of setbacks and saying to yourself “I will not quit until I reach my objectives.” Attempting things you never thought possible and marveling at the sheer exhilaration of achieving them. Earning my 4th degree black belt taught me once again I can achieve anything I put my mind to if I want it badly enough and am willing to do what it takes to get there.

I’ve had the pleasure of training and working with many Master Marketers in the accounting field. But they are the exception rather than the rule. So it is in Karate, less than 1% of the people who ever strap on a white belt reach the revered title of Karate Master. But that position is available to anyone who’s willing to do all of the above and who has the desire to excel at something few others ever will. As Jim Rohn, the late motivational and success coach, has stated “the ladder of success its crowed at the bottom but there’s plenty of room at the top.”

P.S. At age 63 I still train two to three days per week and train one of our team members at NCI who is almost ready to test for his Black Belt.